Home brewers glimpse behind the scenes at the BarthHaas Campus 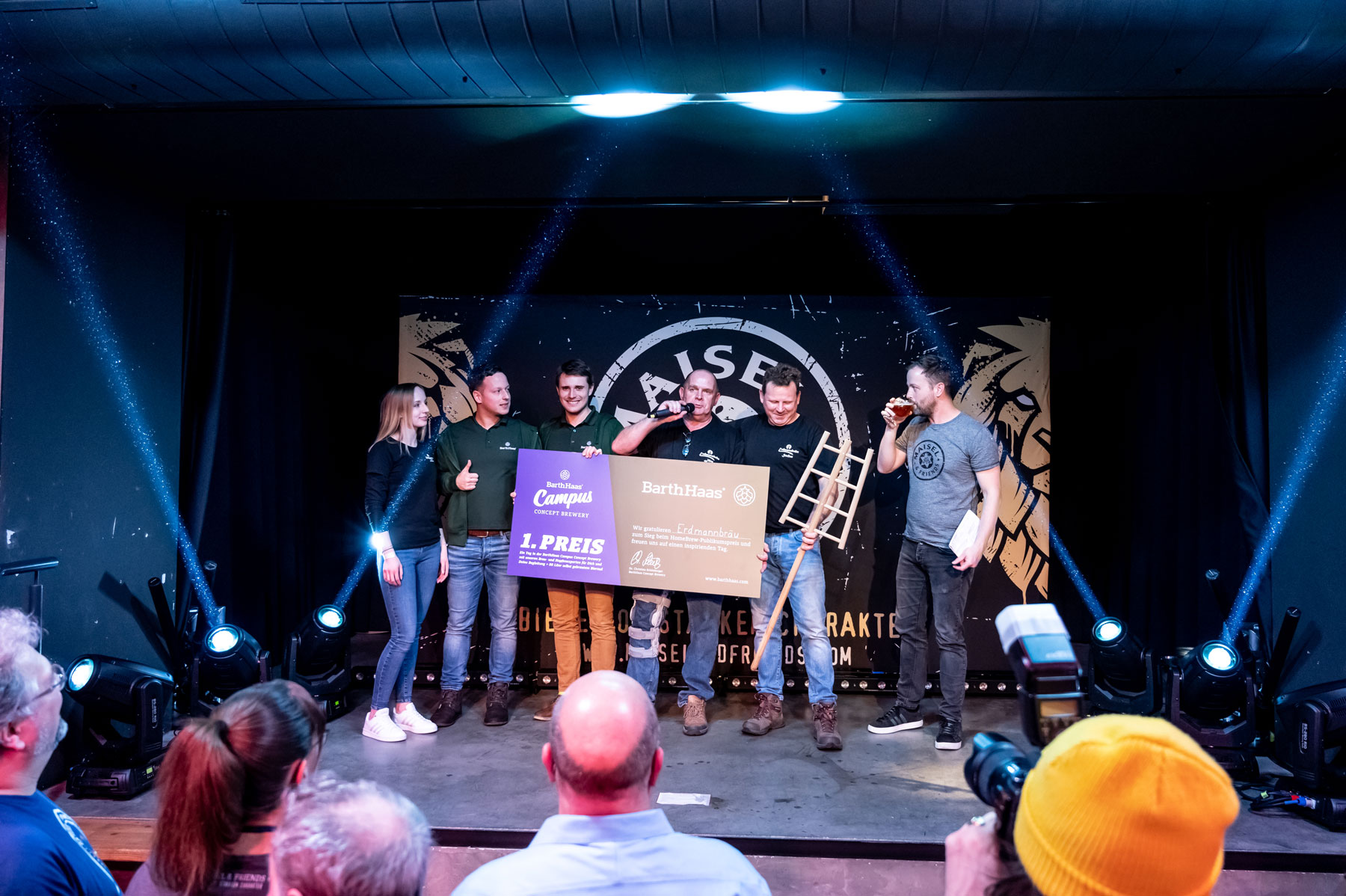 Home brewing is no longer simply trendy, it is now an established hobby among Germany’s beer lovers. The home brewing scene is growing, and last week aficionados met at the HOMEBREW fair at Maisel’s Bier-Erlebnis-Welt in Bayreuth BarthHaas was present, with an exhibition stand at the “Brau@home”.

The highlight in Bayreuth was the winner’s ceremony for the hobby brewer competition. Home brewers had provided a sample beer beforehand, which was tasted and assessed by an expert jury including two flavor experts from BarthHaas. The only requirement: the beer had to be a pale ale. The general public also had the chance to choose their own winner as the breweries attending the event brought along a beer to sample. The Erdmannbräu brewery won the public vote and will now receive an exclusive glimpse behind the scenes at the BarthHaas World of Flavor. The hobby brewers are now entitled to spend a day at the BarthHaas CAMPUS CONCEPT BREWERY with our brewing and hops experts – with 80 litres of their own brew included. The best opportunity to be inspired by the latest trends and continue creating the most flavorsome beers back at home.

The first seeds of inspiration have already been sown at HOMEBREW, where Marius Hartmann and Lorenz Schareina from the BarthHaas Brewing Solutions Team gave a presentation sharing advice with the home brewers on how to get the best out of hops. We are looking forward to an inspiring day on the campus with the winners.