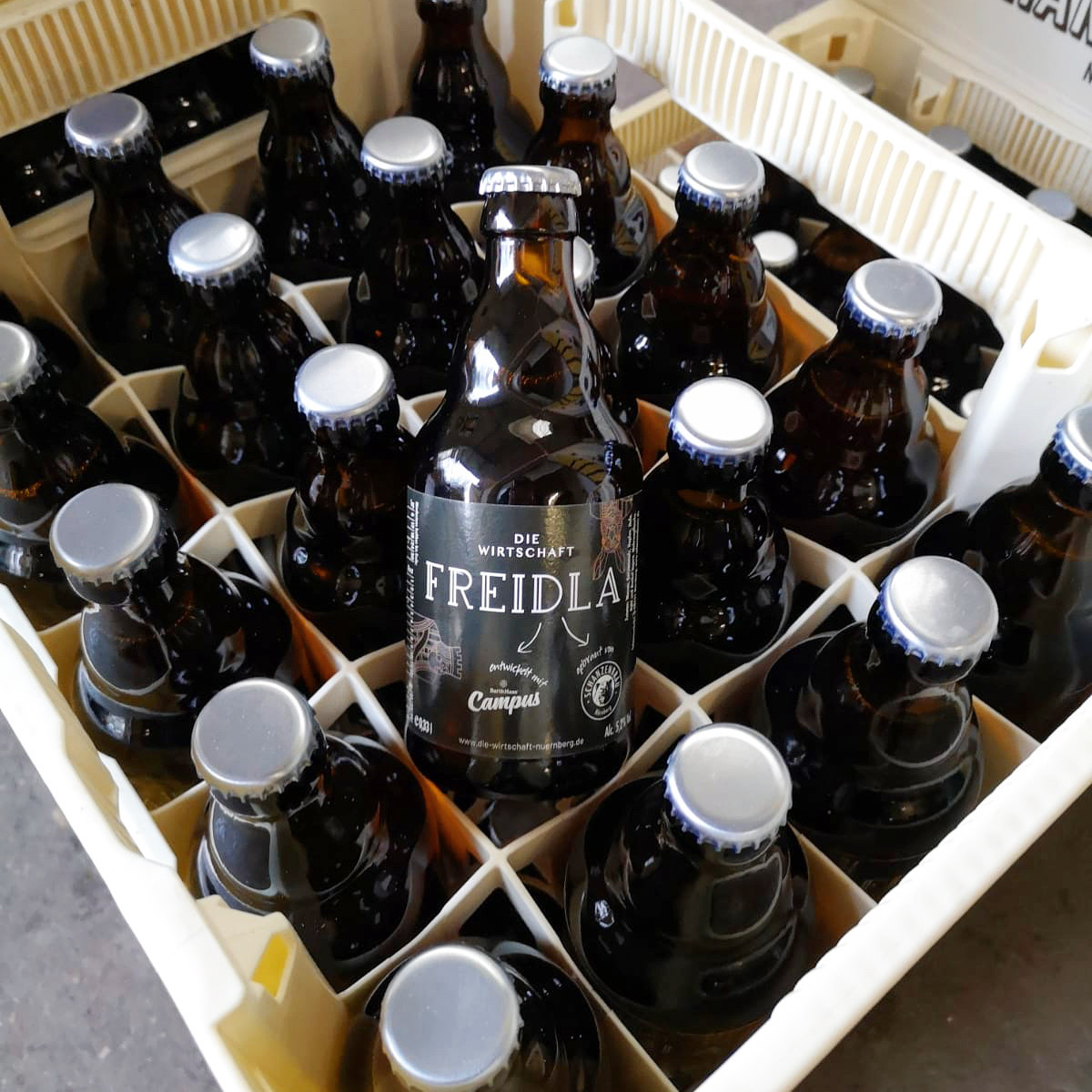 Since October, Nuremberg is enriched with another Franconian restaurant. "Die Wirtschaft" at the Hauptmarkt focuses on regional foods and culinary traditions. The mastermind behind it is no stranger: Jens Brockerhof, managing director of EL PARADISO Catering and Tafelzier Patsserie, creates with "Die Wirtschaft" a homage to the inn as a symbol of Franconian culture.

An own house beer may not be missing there naturally. It should be called "Freidla" and brewed from regional ingredients. That's why "Die Wirtschaft", the BarthHaas Brewing Solutions Team and the Nuremberg brewery Schanzenbräu have joined forces. "The goal was to develop a beer that tastes like 'more' but is still based on a typical Franconian lager," explains Marius Hartmann, Head of Concept Brewery and responsible for brewing recipes and product development at BarthHaas.

Together with his brewing colleagues Lorenz Schareina and Lennart Paul, Marius Hartmann set about implementing the concept. The team from "Die Wirtschaft" was allowed to be there live when their beer was brewed at the Campus Concept Brewery. Initially, 80 liters were brewed there, and another 2,000 liters in the large facility of the Nuremberg brewery Schanzenbräu, which also handled the bottling.

The result of this Franconian flavor cooperation is a beer full of character with approx. 5.2% alcohol and an original wort of approx. 12.4°P. What makes the "Freidla" such a special flavor experience? "The beer has not been filtered and is therefore natural. This leaves more taste in the beer," explains Marius Hartmann.

The "Freidla" is available at "Die Wirtschaft", of course, but also to take away for home at the Schanzenbräu warehouse outlet and at "Die Bierothek" in Nuremberg.